Diverse aims to provide social contact and activities for autistic people. It is run by and for people who are autistic and neurodiverse.

Diverse groups meet in public, accessible venues in BaNES, Bristol, North Somerset and South Glos. Diverse groups offer a relaxed, and friendly atmosphere where people can enjoy being with others and be themselves. No one is made to do anything that they are not comfortable with.

The groups currently run include:

Diverse is looking to expand and we have money to support you to develop your own groups or get involved in groups that already exist. If you want to know more either as a possible volunteer or just to attend some friendly low key social events please get in touch:

Diverse is the operating name of a Charitable incorporated organisation called the Bristol Asperger Social Group run by Trustees for its non- elected members and is independent of any other organisation. Registered Charity number 1170255. The group is voluntary and not for profit. We promote equality and anti discrimination practice as defined under the Equality Act 2010.

We use Groundrules for Diverse for our groups. Do have a look so you can be acquainted if you do attend one of the groups.

This photo is of Harry, Andrew and Marie. It was taken after the first successful gig event we ran at the Bristol Clifton Downs Festival in September 2019. We were very happy because several people who came along to see the band Madness said it was one of the few times they've ever been able to attend this sort of event, due to the support we were able to provide.

I am not sure why I was wearing sunglasses at night... trying (and failing) to look cool perhaps? 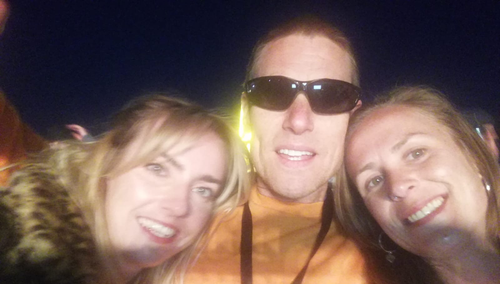